I am a husband, father, businessman, and pragmatic centrist Democrat.  I joined the U.S. Army on September 11, 2001, but I have a disability, so I was unable to stay in for as long as I had planned. I enjoy the opportunity to serving Emergency Medical Service & Fire agencies everyday; and I had the rare chance to see firsthand the good and transformative work that government can do when I worked in the Executive Office of the President of the United States.

My slogan, “SOCIAL CONSCIENCE + PROFIT MOTIVE,” is meant to spark a dialogue about the complex issues facing our shared world: for example, success should be celebrated, but it should also be earned in a way that is equitable.  I think Americans are smart, just as I think most people are good, and I remember that not long ago we had an ability to converse.  Both sides of the aisle talked to one another.  Complex subjects like law, economics, and politics are ill-suited to 140 characters, and vital details get glossed over when policy is crafted for bumper stickers.  I am running for City Council because change often comes from within, and change is always local.  I’m putting my money where my mouth is: if we can boost our own communities, all across the land, then we will raise the country.

Most Americans will need a job someday, and most jobs will be supplied by enterprise; therefore, industry should be an engine of social progress, not seen as our enemy.  But doing well in business does not mean slamming the door of opportunity on fingers that are trying to crack it open, or stealing from our planet and our children’s dreams to feed near-term goals. Our local, state, national, and global societies will thrive when all boats rise.  And all boats can rise if we have strong stomachs, hard heads, and hearts made resilient by optimism.

Some issues that inspire my passion:

PUBLIC SAFETY, INCLUDING AN ELIMINATION OF BULLYING IN SCHOOLS (AND ELSEWHERE), WHILE ENSURING CONSISTENT ACCESS TO FOOD AND SHELTER.  Nothing about our city (and county and state and country) will work if people are afraid to focus on schoolwork, walk in the streets, take kids to the park, or enjoy a day in the sunshine.  Yet public safety means more than police: we need to care for our EMS and Fire personnel, undersung heroes on whom we rely daily, yet whose work we try to pare down to dollars and cents. (Did you know that ambulance operators are paid by the mile in the U.S. — yes, like taxis — and they are not even classed as healthcare providers under federal law? Do you recall that Contra Costa County’s Measure Q, whose goal was to keep 10 out of 28 fire stations from closing, failed because some people thought our firefighters had not earned their pensions?).

PROCUREMENT REFORM AND FINANCIAL EDUCATION.  I may be a Democrat who believes we all have to pay our taxes, but I also run a local “bootstrapped” technology business.  Procurement reform seems like a boring subject, but it is also one of the biggest wastes of citizens’ money that most people don’t even realize is happening.  It should be a scandal.  If my cash is going to be wasted on purchasing practices that breed monopolies and feed bureaucracy, give it back to me — I have better uses for it, like creating jobs or paying for school.  We need to shine light on government buying habits at every level. And speaking of finances: Isn’t it past time that we have a national conversation, starting in our own backyards, about the importance of managing cash with as much seriousness as we talk about physical security and the terror of trans fat?  Debt is a time-bomb that many of our citizens are sitting on, with little sense of how to control it.

HEALTHCARE…and not just a chance to be seen by the right doctor, right away.   I mean the Triple Aim: that is, ensuring that smart, lifesaving, cost-effective care is available when and where we need it, because anyone can need it, anytime.  Did you know that Emergency Medical Services were the reason that Supreme Court Chief Justice John Robert’s voted in favor of the Affordable Care Act?  Yet Contra Costa County’s EMS Director patted her department on the back for wasting “only” up to $480,000 on false activation of hospital processes related to heart attacks.  Unnecessary, old-school processes that could be so much more efficient consume nearly half a million dollars each year in our own county, in just one department.  Imagine how many clinic visits and vaccinations a half-million dollars would pay for!

RESPECT & HONOR FOR OUR ELDERS AND OUR VETERANS…because if you have survived through life — a feat until itself — you deserve a prize, the chance to tell your life story to all who want to learn from what you’ve seen, and for someone to bring you a cup of tea.  As for our veterans: You offered us everything and we accepted.  Now we owe you everything.

A ROBUST AND ACCOUNTABLE MEDIA.  I have been a journalist for over 10 years, but I will never forget the first time I was ashamed to say it: I was working at the White House, helping to redesign the federal government’s hiring portal (USAJOBS.gov), when I read a news article describing the sorts of projects that were going on in my division.  The story wasn’t even close to right.  The reporters had little accountability for facts; and the department had no commitment to transparency. Mutual distrust had become entrenched, and everyone forgot that democracy flourishes when the media engages in more than “GOTCHA!” sensationalism.  When government, business, and the Press together inform the citizenry, we’ll hear about more than sadness and fear.  We’ll hear about accomplishment…and how much work we have left to do.  But it takes more than 140 characters.  I hope to bring back the dialogue, inspiring both the Left and the Right to engage in detailed discussions on issues like finance, taxation, social equity, access to opportunity / employment / education, environmentalism and entrepreneurship.  Our world is beautifully complex…but our challenges can’t be solved with sound bites. 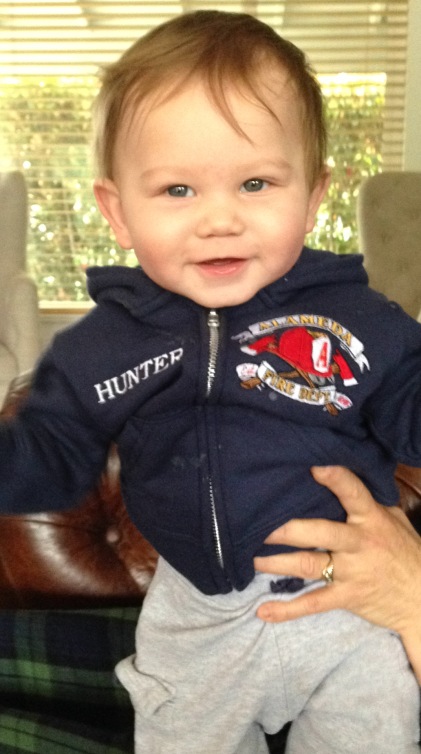 His future is the reason I am running for office. 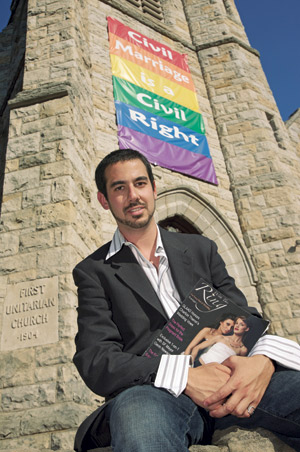 From that time I interviewed (then-Mayor) Gavin Newsom

Four generations of family in one photos. A too-rare privilege that reminds me daily of the commitment to our families and communities — the young and the elderly.

This is important – the opinions expressed in these pages are mine and mine alone.  They do not necessarily reflect the views or opinions of Beyond Lucid Technologies, Inc., any of our team members, partner-clients, contractors, suppliers, affiliates, or investors.